Home » Articles » Droids and KitKats: A Closer Look at Android

Droids and KitKats: A Closer Look at Android 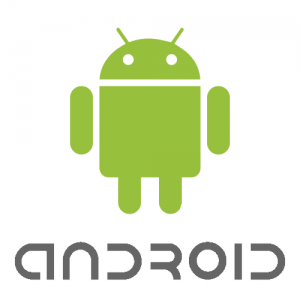 In a market flooded with smartphone options, it can be difficult to decipher which device to purchase. With Apple’s iOS, Microsoft’s Windows 8, and Android’s latest release, KitKat, there are numerous operating systems to consider and a variety of devices running each operating system. Whether the device is for personal use or will become the standard for an organization, cultivating a basic understanding of the operating system will help select a device that meets the required needs. In this article, we’ll discuss a brief history of Android along with some of the key points that will help generate a better understanding of the operating system and its devices.

A Brief History
Initially founded in 2003, the creators of Android, Inc. wanted to develop “smarter mobile devices that are more aware of its owner’s location and preferences”*. The enterprise was financially backed by Google until 2005, when they were bought out by the search empire. In 2008, the first commercially available android device was released (T-Mobile G1 in the US). While it has only been 5 years, Android has found itself as the world’s most widely used smartphone platform.

A Little Bit Technical
The founders of Android were focused on creating a very personalized smartphone experience. They developed the Android operating system as an open source technology based off of another open-source technology, Linux. The open source movement is community-driven as a blueprint design (whether it is software, etc.) is provided freely. The blueprint can then be improved upon and redistributed by anyone. This means that while Android releases a specific version of their operating system, other organizations must tweak the operating system to use it on their devices.

Where It Gets Complicated
Devices running the Android operating system are developed by numerous manufacturers including Motorola, Samsung, and HTC to name a few. Google releases the latest version of their operating system for free, but it is merely a skeleton which companies who develop devices are then required to complete in order for the operating system to function. This means that each manufacturer’s version of Android will be tailored to their device and/or carrier, and any future updates to the Android operating system may not function on the device. While many manufacturers have started pushing the latest versions of the Android to their current devices, this is not a guaranteed occurrence. In addition, time becomes a factor as when a new version of Android is released, these manufacturers must then learn, understand, and adapt it to their devices. For example, while KitKat was released on October 31st, 2013, Motorola’s latest devices will not see an update until early 2014.

Real Quick: What’s Up With KitKat?
Each release of Android has had a delicious code name in alphabetical order. The list so far includes Cupcake, Donut, Éclair, Froyo, Gingerbread, Honeycomb, Ice Cream Sandwich, Jelly Bean, and KitKat. The latest name was due to a marketing partnership with Nestle and Hershey where Google has licensed the KitKat name without any money changing hands. Nestle and Hershey will be running promotions to win various devices that run the KitKat operating system.

What’s In A Name?
It is worth noting that all Droids are Androids, but not all Androids are Droids. “Droid” while trademarked by Lucasfilm, Ltd., was licensed by Verizon as part of their campaign to brand their sales of Android phones. While HTC and Samsung have produced a few phones under the “Droid” name for Verizon, as of July of 2013, Motorola has become the exclusive producer of Droid.

While Verizon has put a lock on Motorola’s Android device production, Google has also recently purchased Motorola. The path that Google will take with Motorola is still unclear, but as of right now, Google continues to partner with different manufacturers for their flagship Nexus devices. The Nexus devices are launched with the release of each new version of the Android operating system. The device is unlocked, not bound by any carrier settings, and runs a “pure” version of Android. Typically sold through Google Play, carriers such as T-Mobile and Sprint have offered them in their selection of mobile devices as well. In addition to these Google devices, manufacturers such as HTC and Samsung have created “Google Editions” of some of their standard devices, which are running the “pure” version of Android and not altered with applications from different carriers.

The Bottom Line
There’s no doubt that the Android platform is outstanding in concept and execution, though the brand itself is still a little rough and difficult to develop a basic understanding of due to the open source concept. With all of the different manufacturers who produce Android phones, it can be tough to understand which ones are reliable, which ones can be updated, and which are the most user-friendly along with all of the other technical differences. Android has come a long way over the last 5 years since its first commercial device and with over 80% of market share, one can only hope that the Android experience will continue to improve and perhaps be a little easier to decipher.